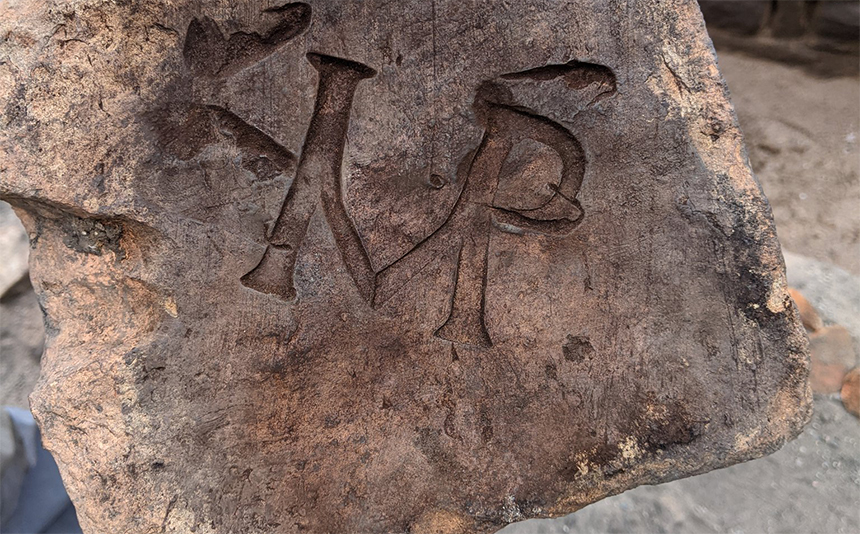 An exciting heritage project that is unearthing more of Carlisle’s Roman history has uncovered a variety of fascinating historical objects.

The project includes a community excavation of a Roman bathhouse which started on Tuesday 31 August and will carry on until 2 October.

The Roman bathhouse was discovered in 2017, on a site based within the grounds of Carlisle Cricket Club in Stanwix. The excavation is being undertaken by local volunteers, with supervision from professional archaeologists employed by Wardell Armstrong.

Tiles ‘fit for a Roman Emperor’ have been discovered indicating that Septimus Severus, a third century Roman Emperor, has connections to the site. 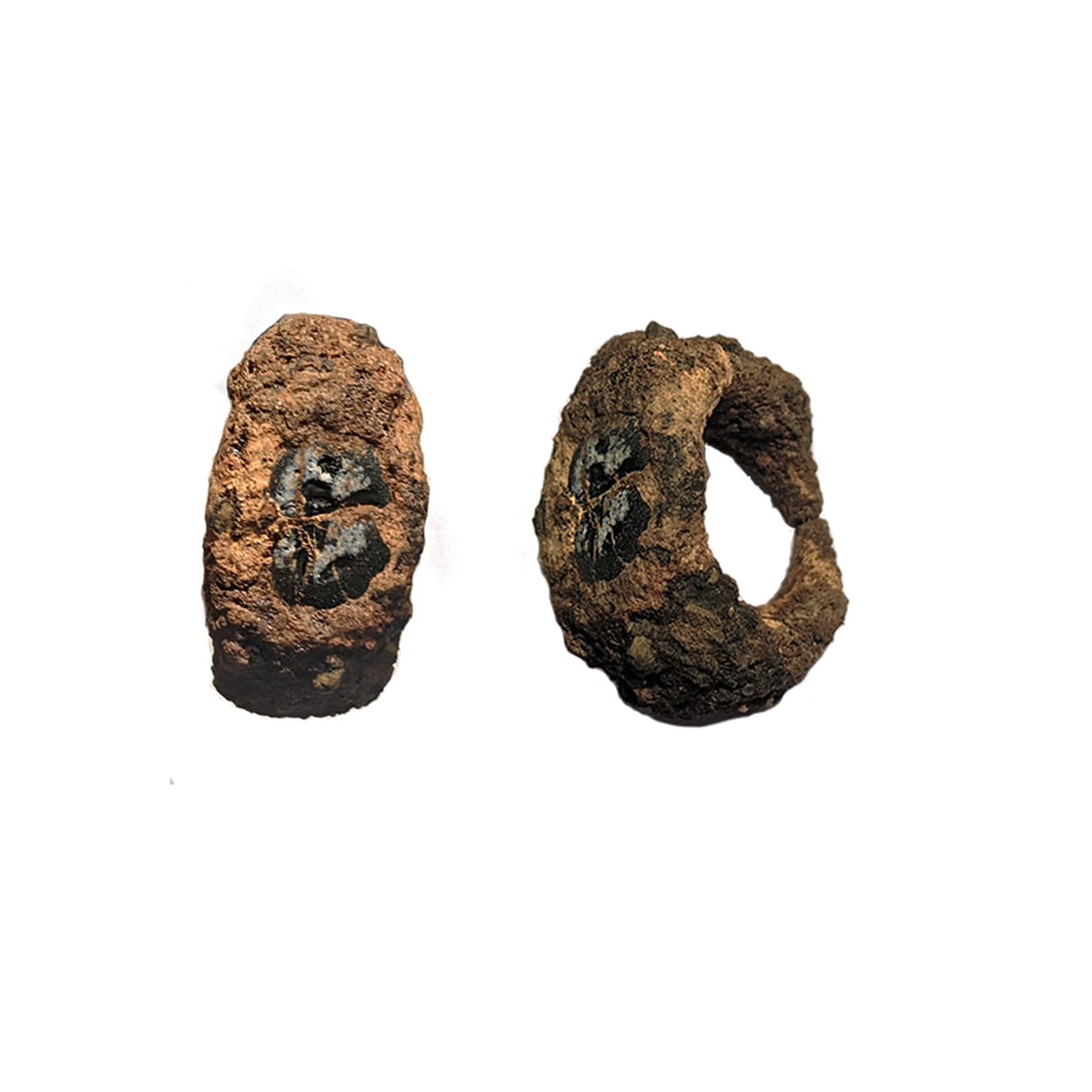 The excavation has uncovered several tiles stamped with the official Roman Imperial stamp. The IMP stands for Imperator, Latin for Emperor. A stamp such as this indicates a tilery and brick makers who had official imperial approval. Dr Dot Boughton from Tullie House describes it as the tilery effectively saying they are “supplying tiles fit for the emperor” or “on the emperor’s demands”. The excavation is discovering a substantial collection of these tiles at the excavation, potentially a uniquely large amount for a site in England.

“The Romans would quite often stamp their tiles. The legions would stamp tiles, the auxiliaries would stamp tiles; but this is the very top of the pile. This is the imperial court stamping the tile. There have been a handful found in Carlisle at random places. We have probably got a dozen now from this site and it looks like this is where they are coming from.

“It’s not a legion or anyone else – this is the signature of the Emperor. It’s been built by the imperial machine and it’s a connection. I can’t say that Septimus Severus ever set foot in Carlisle. Who knows. All we can say is that we have got a huge, monumental building that has been built in Carlisle.

“The Emperor was in Britain at that time, we’ve got an inscription from his wife in the building and we have got his personal workshop-stamped tiles coming from the building. The evidence is building up that there is something really special going on here.”

Other finds from the excavation include:

Paw Print Roman Tile – Among the Roman tiles discovered on site, the most popular is some distinct paw prints, left by Roman cats and dogs (and one even by a Roman soldier’s hobnailed boot). The ancestor of one the modern volunteers’ pets could have been walking across this Roman tile and leaving its mark. Tiles would often be put to one side, or left to dry in the sun, and get accidentally walked over. Paw prints from cats and dogs on tiles like this have been discovered from across the Roman Empire. Iron signet ring – Discovered on site by one of the young volunteers. After being lightly cleaned it became apparent that it was in fact an intact iron Roman signet ring. In the centre of the ring, you can see an intaglio made from carved stone or glass paste. Intaglios were used to stamp and authenticate letters. Important Romans throughout the Empire had their own unique intaglios, often carved in precious or semiprecious gemstones, with others using glass paste. “It is amazing that the ring has survived” says Frank Giecco, lead archaeologist of the Uncovering Roman Carlisle excavation. The ring will be sent for conservation and post excavation analysis where more can be learned. 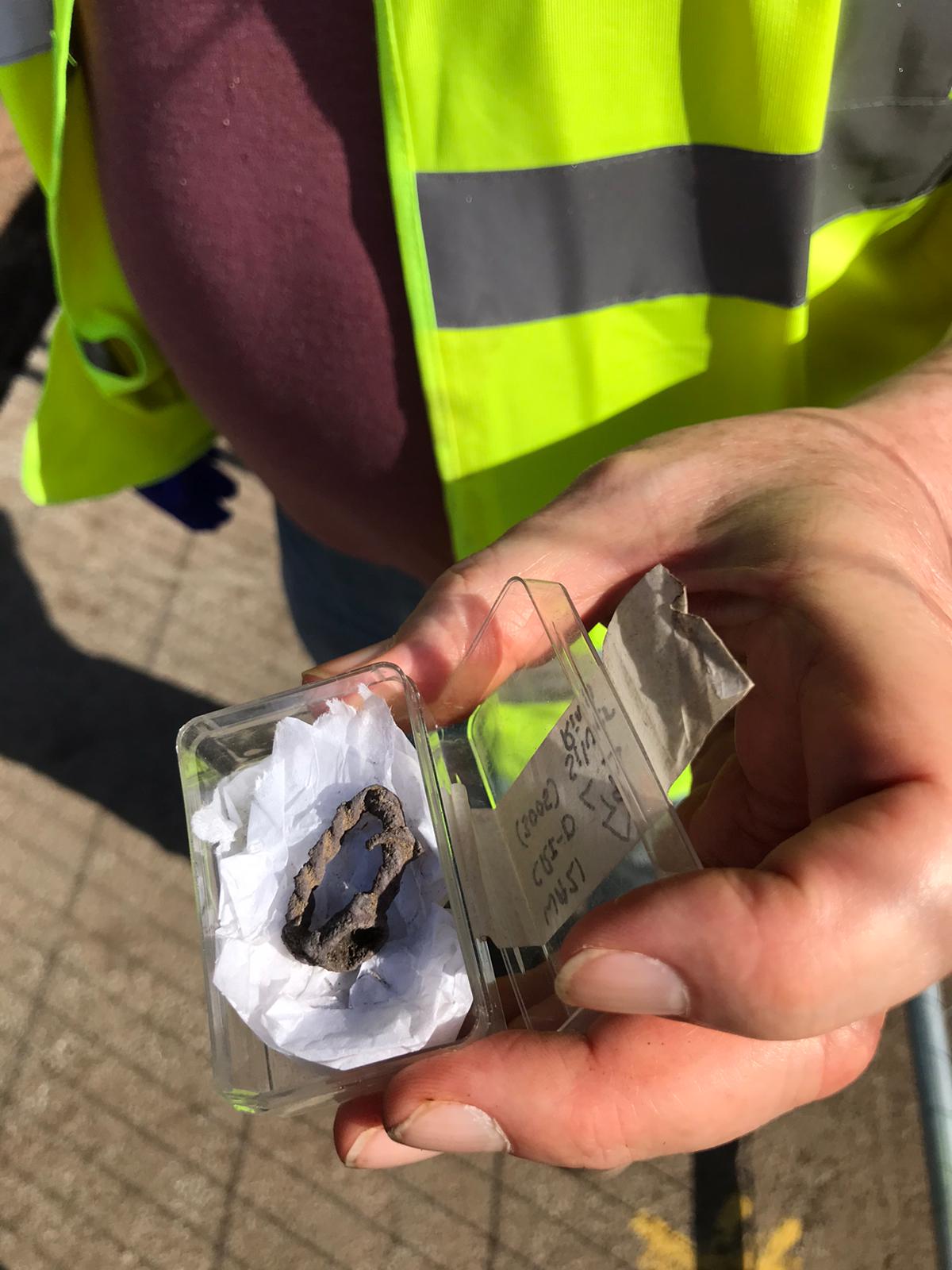 Silver ring with twisted band – Found on site where a Roman road has been discovered, a lovely Roman silver finger ring with a twisted band. You can see where a precious stone or Intaglio may have once been. 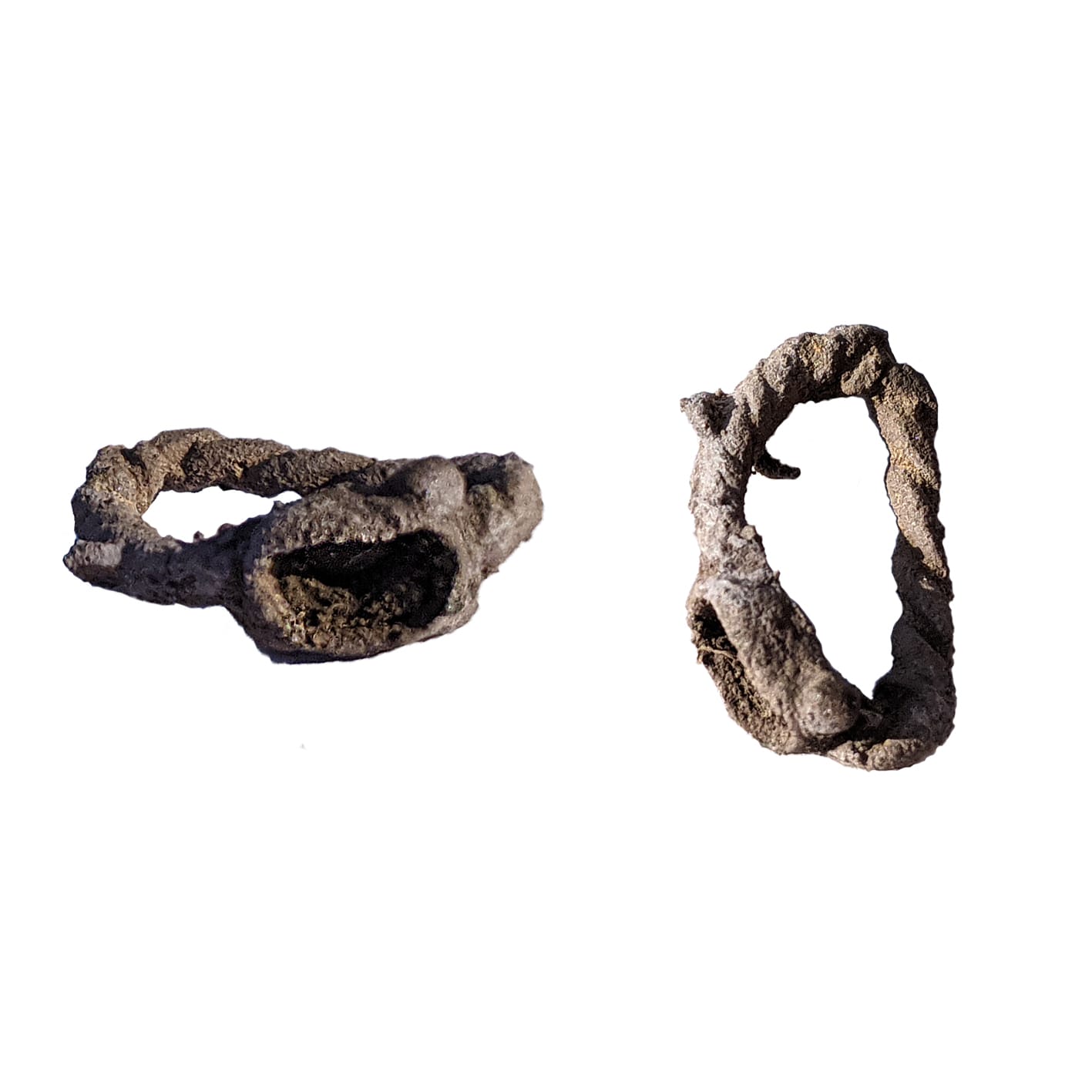 Samian Ware Pottery with a bird – A rather sweet depiction of a little bird, an example of a fragment of Samian ware. Samian ware (Terra Sigillata in Latin) was essentially once a very popular, rather fancy and fashionable type of Roman tableware. Produced from the first to the third century in parts of Gaul (modern day France it was imported into all parts of Roman Britain. Samian ware is a type of fine red Roman pottery with a distinctive glossy surface, often depicting scenes of gods, animal hunts, gladiators, or natural scenes. Found at many Roman military sites, lots of fragments have been discovered so far at the dig. 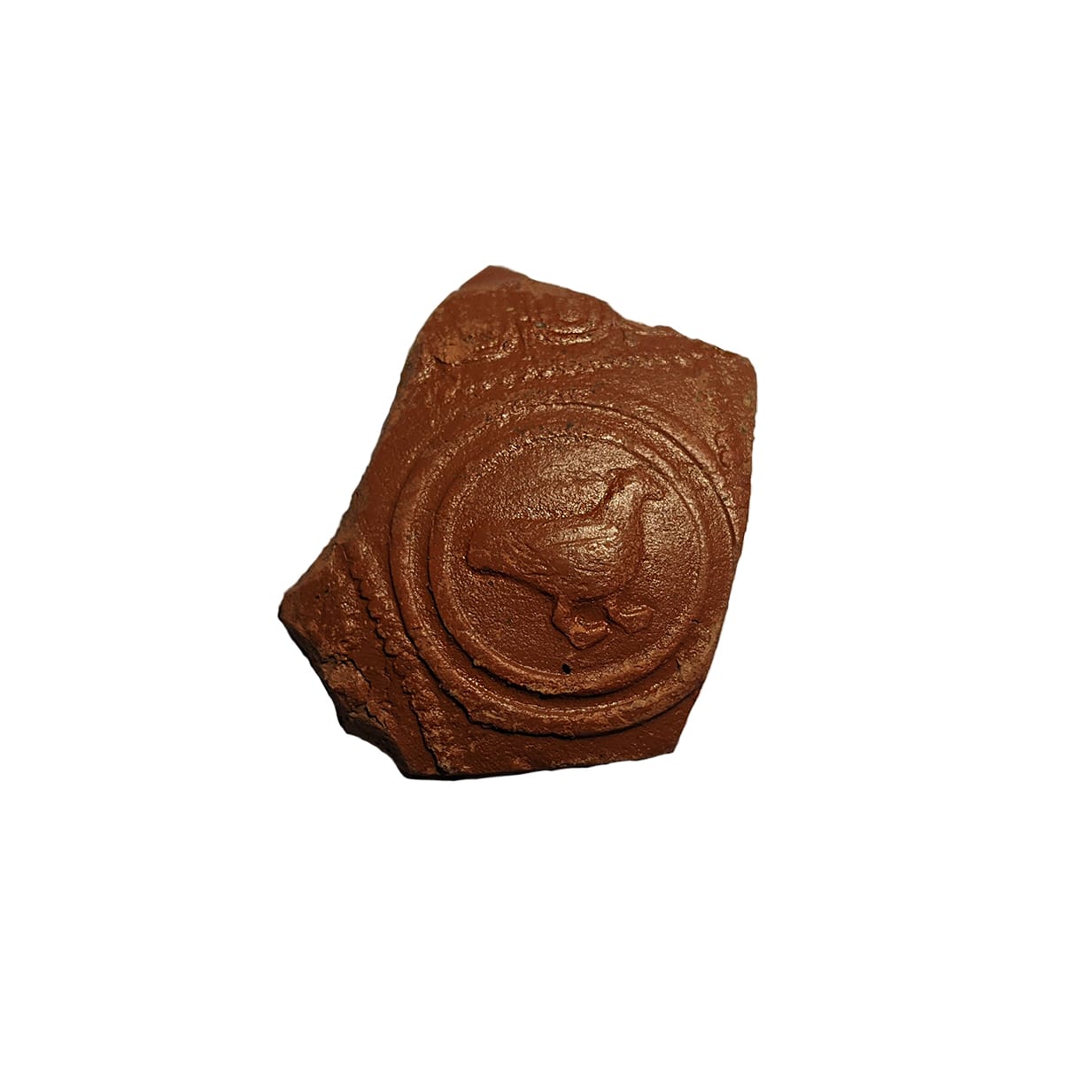 “We are delighted at how much this excavation seems to have captured the imagination of our local residents – we’ve had thousands of visitors to the site over the past few weeks taking part in everything from object handling and site tours to Roman themed family crafts! It’s been a privilege to work alongside the Wardell Armstrong team and their amazing crew of dedicated volunteers – it feels like every day we’re adding to our knowledge and understanding of this incredible period of local history and look forward to telling these stories in the exhibition at Tullie House in Spring 2022.”

The excavation is open to visitors, Monday to Saturday 9.30am to 3.30pm, with guided tours at 11.30am and 3pm of the site. Join in a Find Out More Session every Friday and Saturday at 11am and 2pm of updates on the dig and object handling. Join in a Family Drop-ins session for hands on activities, crafting and object handling on Saturday 25 September between 10am and 12pm & 1pm and 3pm.

This project is supported by the National Lottery Heritage Fund and delivered in partnership by Carlisle City Council, Tullie House, Wardell Armstrong, and Carlisle Cricket Club. 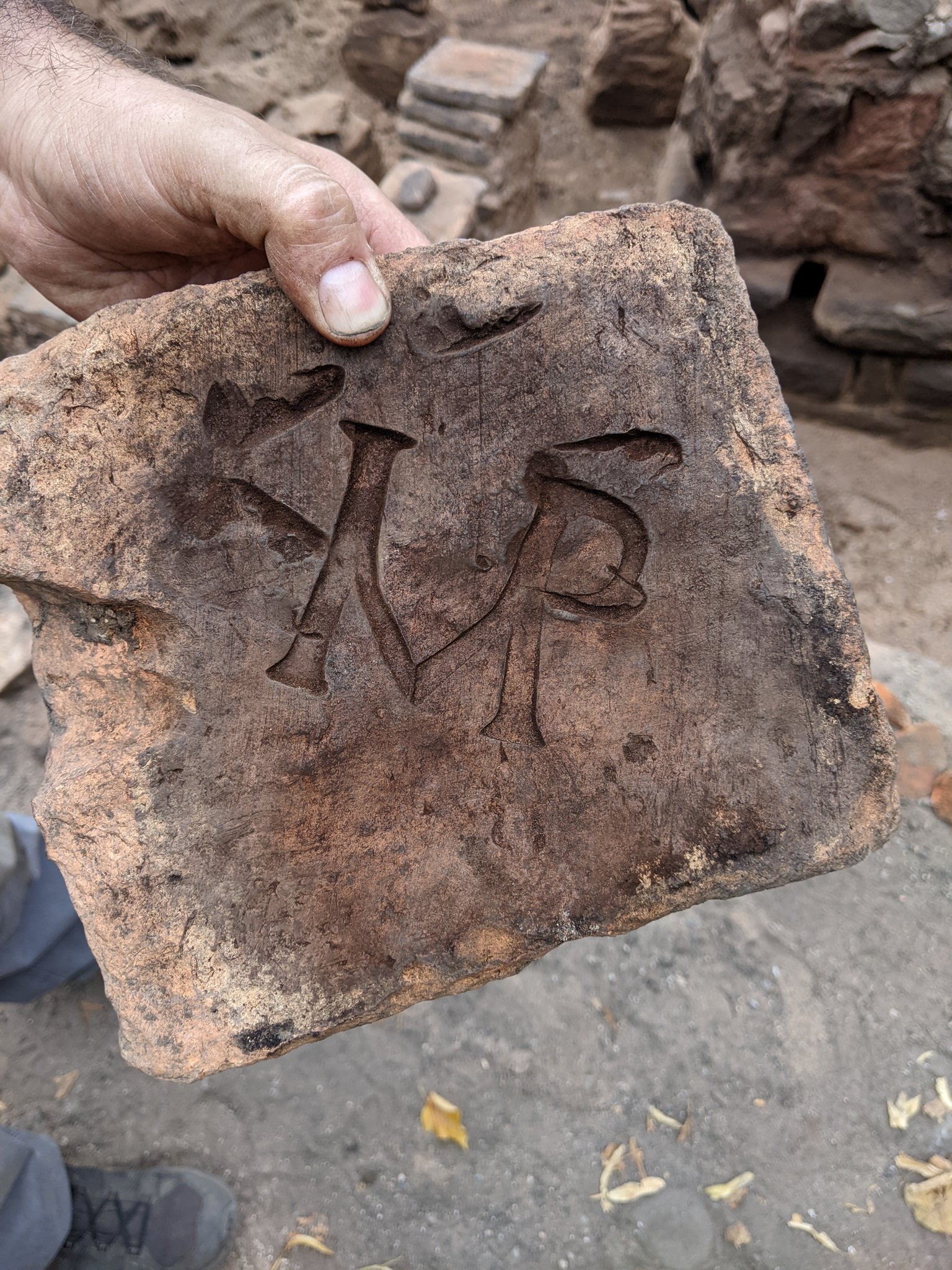 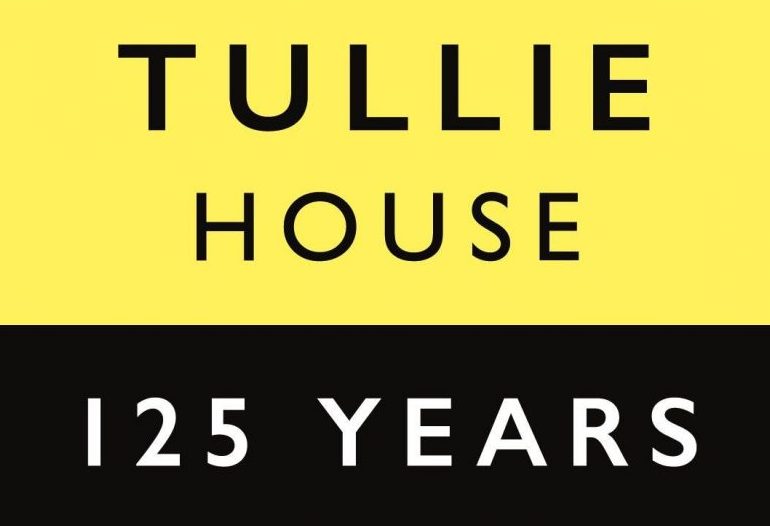 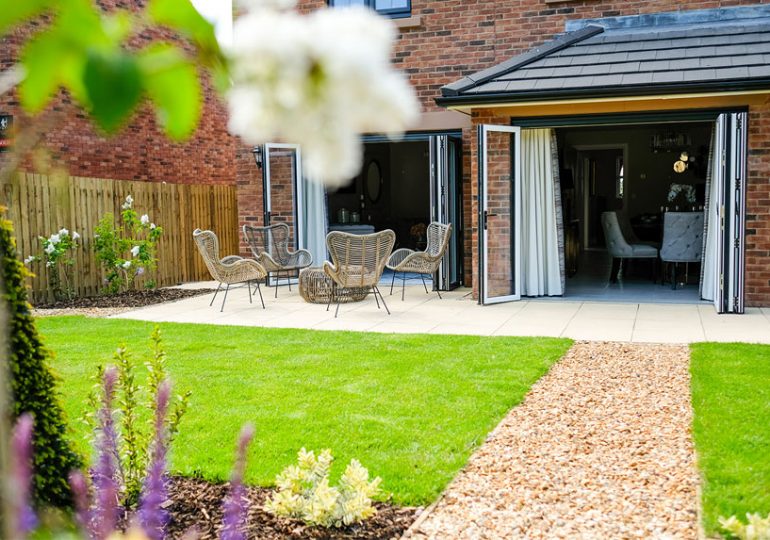