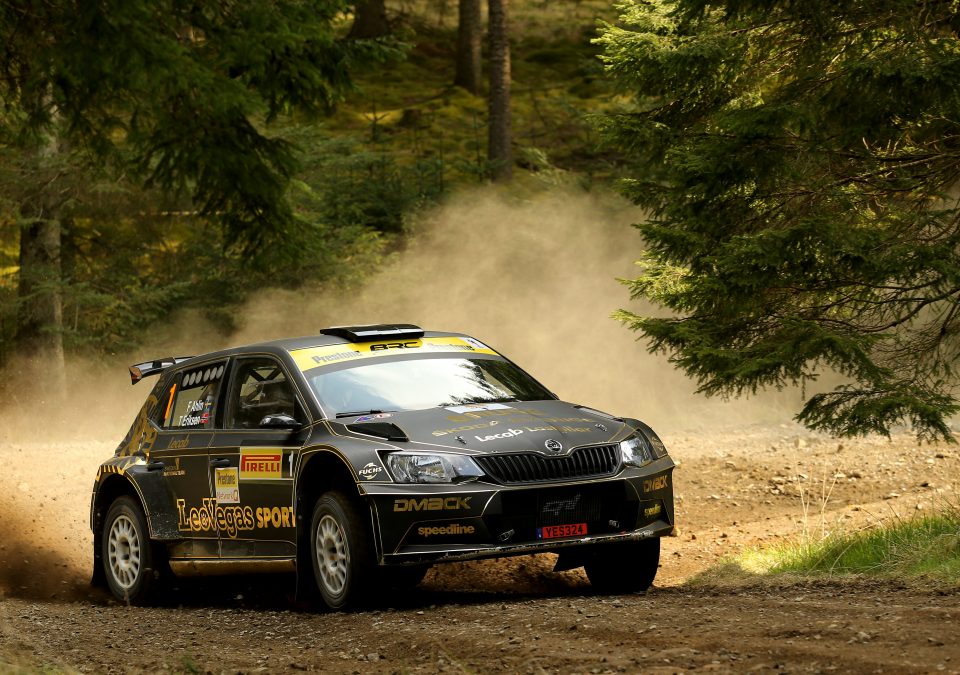 Carlisle is set to welcome back the Pirelli International Rally on the 27th of April for the third round of the British Rally Championship.

It’s expected over 100 entrants will tackle the highly rated forest course at Kielder which is the gold standard for the British rallying season. 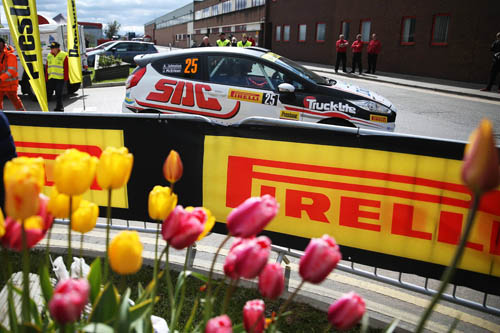 Pirelli is back as the major sponsor and are celebrating 50 years of tyre production in Carlisle, which means they have some exciting activities planned to mark their golden anniversary. Pirelli’s contribution to both Carlisle and the rally has been significant, this is their 28th year as major sponsor which is the the longest running sponsorship deal in British Motorsport.

However it’s the volunteers that bring it together insists media manager Ed Graham: “There are about 800 people involved, whether they are officials, people to run the headquarters or the special stages up in Kielder. It’s a logistical exercise but we do it because we love motorsport.  When you see those cars racing around the course at over 70 miles an hour, on tight and twisting gravel tracks with blind brows, it makes it all worthwhile.” 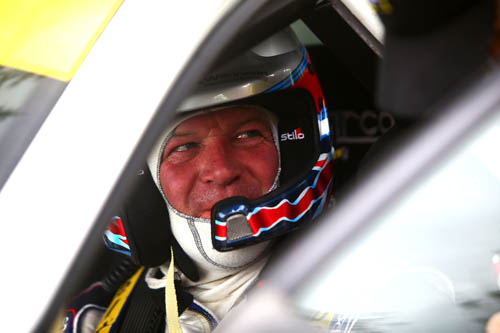 The drivers and their vehicles will congregate in front of the Pirelli factory in the morning and set off in a ceremonial start.  With at least 100 cars taking to the road,  the sight and sounds will delight petrol heads as the cars pass through the city.

Universally praised last year, the 85 mile course is highly rated by drivers where the longer than average stages means they have a good chance to tear into the course.  Tickets are not required to watch the event and maps will be available showing car park locations and safe viewing points. 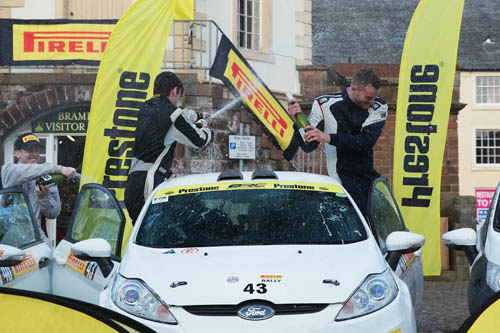 Spectators are in for a treat explained Ed: “We try to pick areas where the trees have been cleared, which gives people the opportunity to watch the cars for the maximum period of time.  They’re all great vantage points and we get quite a crowd turn up from all over the country.”

The rally is also a real economic boon for Carlisle as hundreds of hotel rooms are booked up by the competing teams, visiting officials and hordes of enthusiasts. 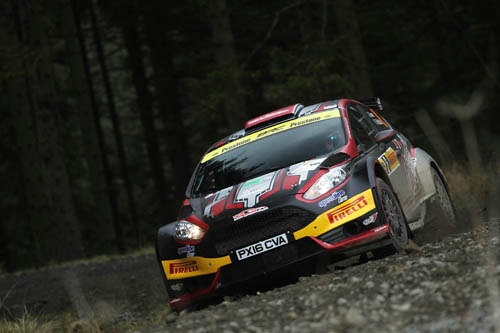 “Come rally weekend you probably won’t find a spare bed within ten miles of Carlisle” said Ed. “We fill all the hotel rooms, guest houses and B & B’s.  It was estimated the economic benefit to Carlisle was in the area of 1.3 million pounds. It all adds up when you have 100 entries, there’s two people in the car and then all the service crew.  Some of the big teams have up to 20 people,  so it really is a lot of extra people staying in town, eating out, buying fuel and the like.”

Around half the entrants in this years rally will be racing in the Historic Championship.  This is for cars made around the 60’s and 70’s and it hold a place close to people’s heart according to Ed. 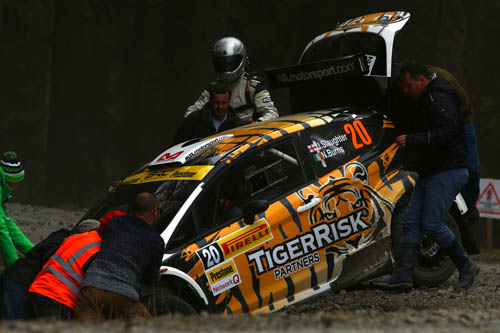 “It’s very enthusiastically supported, people have a real affection for the rear wheel drive cars.  The spectators like to see the older cars because they tend to slide around a lot more, it’s very spectacular and quite a sight to see. Many remember the older cars, they were the cars their parents had or the first car they owned so there’s a lot of nostalgia attached to this event.”

The rally will end with a ceremonial finish in Brampton where a huge crowd of fans are expected to fill the main street, which will be closed to traffic.  If you can’t catch the race live in the woods then you’ll find a carnival atmosphere in Brampton as the cars cross the finish line and the winners lift their trophies. 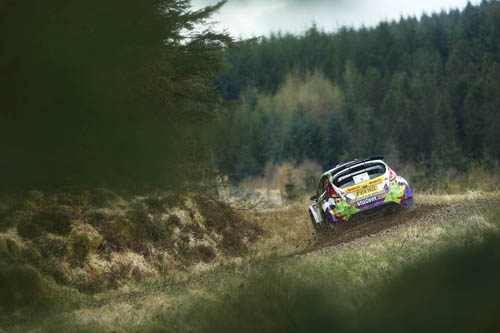 A 60 foot screen will beam live footage throughout the day to the massed crowds and it was estimated there was 4000 people enjoying the festivities in the market town last year.

It’s an event to mark in the calendar, whether you head into the forest or line the streets in Carlisle or Brampton, this is a world class event that really puts our area on the map. 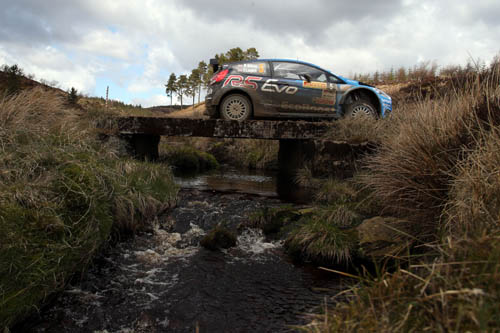 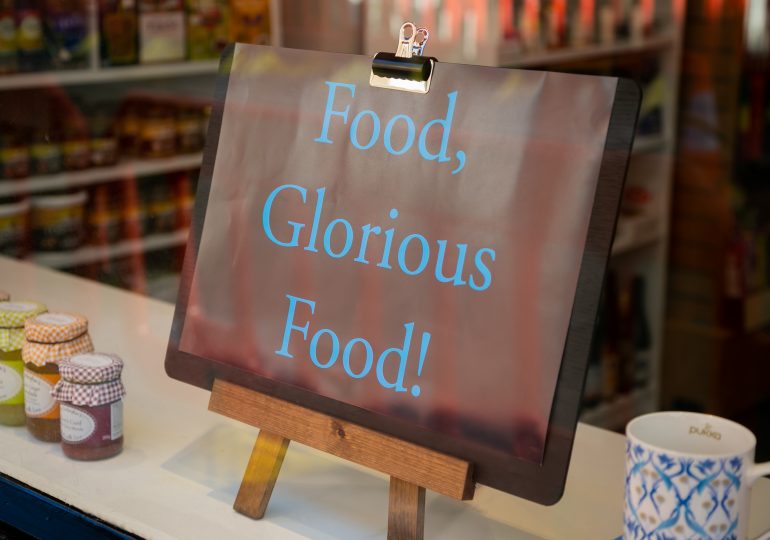