Herdwick Sheep – Guardians Of The Fells 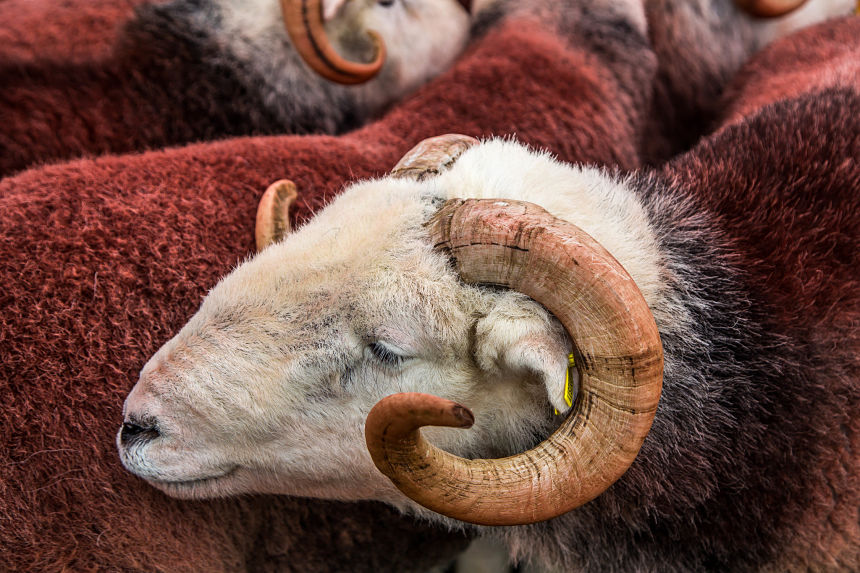 Herdwick Sheep – Guardians Of The Fells.  Few animals have taken to the Cumbrian conditions better than the iconic Herdwick.

The striking black fleeces of the lambs which lighten with age and their ability to withstand the cold, relentless rain of the Lake District have made Herdies an icon.  But to understand their importance we must understand their history. 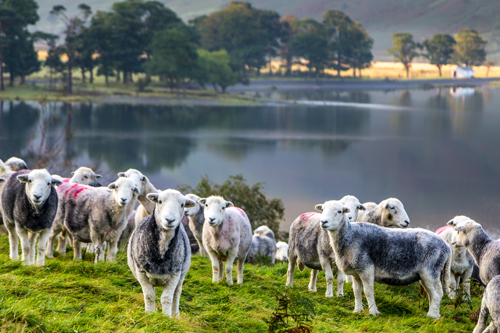 “Herdwyck” is Old Norse meaning “sheep pasture” although the term came to be directly associated with the hardy sheep over time.  Local folklore speculates they washed ashore from a shipwrecked Spanish Armada vessel but it’s generally accepted Herdwick’s were introduced by Norse settlers around the 9th and 11th centuries.  Genetic research suggests Herdwick’s have been little influenced by other breeds and isolated in the fells since then.

Across the ages, farmers have all had to contend with the challenges presented by the landscape.

“Nothing survives where Herdwicks live,”  said Amanda Carson, Secretary for the Herdwick Sheep Breeders Association.  “They have been selectively bred to adapt to the environment over a thousand years.  They have sturdy legs suitable for the craggy mountains, good composition and have built an immunity to pests and diseases. 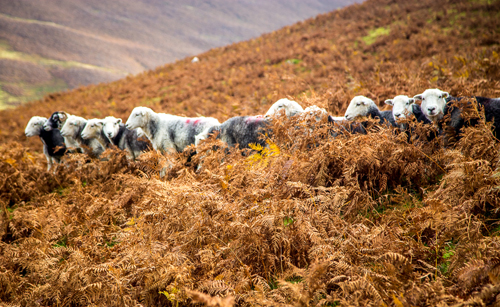 Herdwicks have an outer coat of Kemp fibres that acts like a raincoat and a dense secondary coat, that doesn’t part with the wind, acting like a woolly vest.  They convert the sparse nutrition on the fells to feed themselves and are free-range.  They graze on a variety of vegetation and don’t require supplements so their meat is full of healthier fats.”

But what truly made Herdwicks adapted to the fells was their ability to ‘heaf’.

The natural homing instinct was encouraged and passed along the generations which means Herdwicks will graze specific parts of the fell without the need for fencing.  The Lake District geography created a process that saw people evolve an economic and cultural tradition to suit their environment.  It preserved a unique form of farming which has disappeared across much of the world and is as valuable as any rare or exotic culture on the planet. 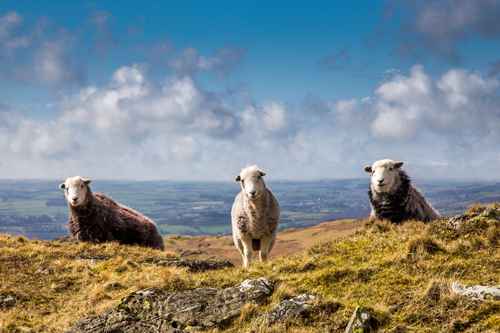 “It’s a form of Agro-pastoralism,” explained Amanda.  “Lake District farms have a small amount of “in-bye” fields in the valleys divided by dry stone walls where the ewes come for lambing.  The sheep fertilise the land which will produce hay and winter forage.  The number of sheep a farmer puts onto the hill can’t be larger than the number of sheep the in-bye can sustain.  It’s a balance.”

Some claim that the grazing habits of Herdwick’s make them responsible for the bleak landscape of the fells because they inhibit the growth of trees.

“They are an easy scapegoat,”  said Amanda.  “Herdwicks are farmed for meat but centuries back there were more sheep on the fell because their wool was valuable too.  Farming created this environment and planting trees must be managed sensitively and balanced with farming.  Where sheep have been removed, under grazing occurs which can result in a loss of habitat for ground-nesting birds. 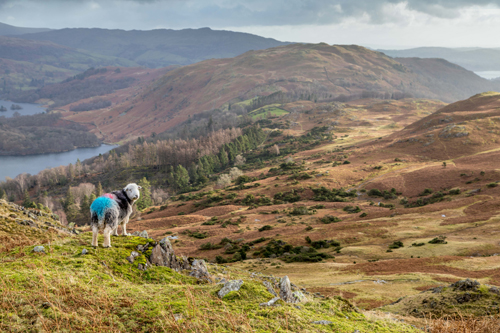 You would lose the people, culture and traditions that make the area special.  Farmers are passionate about their environment, they know the land and want to be part of nature restoration, water management and carbon capture but not instead of sheep production, rather because of it.

We could reach a crisis point when Herdwick farms are reduced to critical levels.  Stock numbers were developed over generations and if you take flocks away the sheep will move from established heafs and an Eskdale farmer will need to go to Langdale to fetch their sheep.  It’s not economical or carbon friendly. 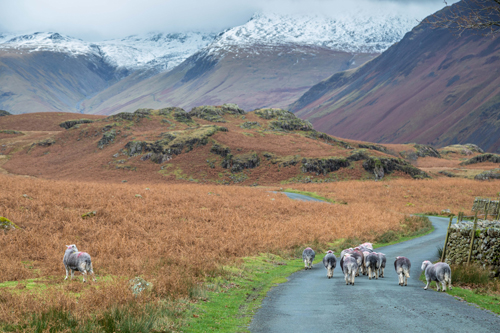 The blanket approach to advice comes from the top-down, it’s not consistent and decisions are made by people who aren’t out in the environment.”

Over lockdown, it’s interesting to note farmers noticed the walkers trods on the fells were repairing due to lack of activity.  Herdwicks are not solely responsible for the changed landscape, they have been a part of it for a millennium.  In a world of air miles and automated farming on a massive scale, we need to keep things local and retain traditions like fell farming to save our Herdies. 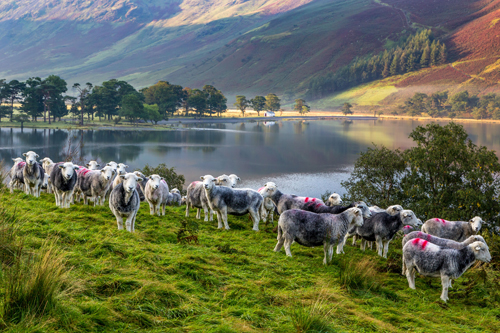 Find out who else will be up on the fells this winter.

Up on the fells – Whatever the weather