A Community Partnership has formed in Copeland to take forward  discussions around geological disposal.

The second proposed Community Partnership – in South Copeland – will be launched in a few weeks once details of initial community members have been confirmed.

The area within the Lake District National Park (LDNP) and proposed extension will continue to be excluded from consideration, as will any existing or future coal mines.

Community Partnerships are longer-term groups made up of a larger number of people to consider the possibilities of hosting a Geological Disposal Facility (GDF) within the identified Search Areas in more detail. A GDF is an underground facility designed to safely and securely dispose of higher activity radioactive waste.

Progressing to the formation of Community Partnerships unlocks access to £1m a year investment funding for communities, per Partnership, for local projects, rising to £2.5m per year if deep borehole investigations to assess geology take place.

To begin with, Mark Cullinan (current Chair of the Working Group) will Chair Mid Copeland GDF Community Partnership until more members join and another Chair is appointed.

Along with RWM and Copeland Borough Council, Cumbria Association of Local Councils (CALC) is also a member of the Mid Copeland GDF Community Partnership.

District councillors within the Search Area and Parish Councils within the area of consideration are being invited to join. One of the first main tasks for the Community Partnership is to recruit more community members. 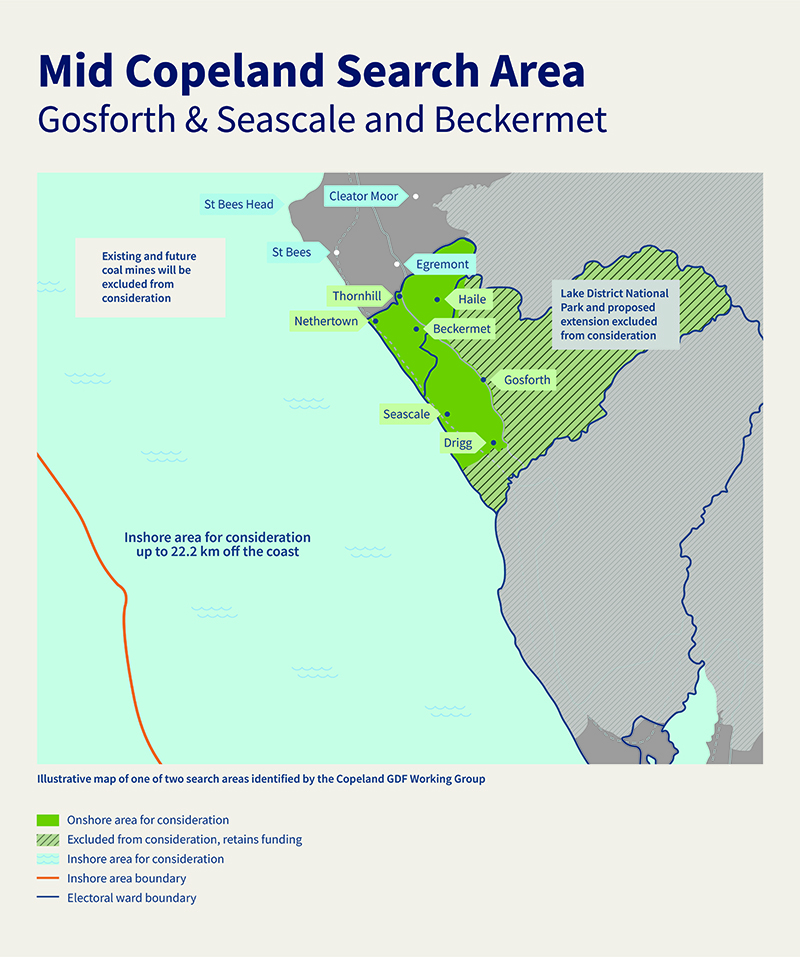 “In the coming months, households in the Search Area will receive further information about how to get involved and how groups can apply for Community Investment Funding. There will also be an opportunity to join other groups such as a stakeholder forum.”

Community Investment Funding is now available to projects that would benefit communities in the Mid Copeland Search Area. The funding could be used to support initiatives that provide economic development opportunities, enhance the natural and built environment, or improve community wellbeing.

Construction of a GDF requires both a suitable site and willing community. If a suitable site is eventually found in Copeland – which could take 10-15 years – a Test of Public Support, which would give people a direct say, would be held with those living in the wards affected. Without public support the project would not go ahead.

RWM is also considering the potential of the deep geology beyond the coast for siting the underground elements of a GDF. The Copeland Working Group has recommended this area for RWM’s initial focus.

This means a surface facility on the coast could provide access to a disposal area deep in rock beyond the coast. The Working Group has agreed it would support RWM conducting geophysical surveys to gather evidence about the nature of these deep rocks in an area off the coast of Copeland in summer 2022.

The community that takes the opportunity to host a GDF will receive significant additional investment and long-term benefits for future generations, including jobs and skills.

Please see the website for further information including details of how to apply for Community Investment Funding: 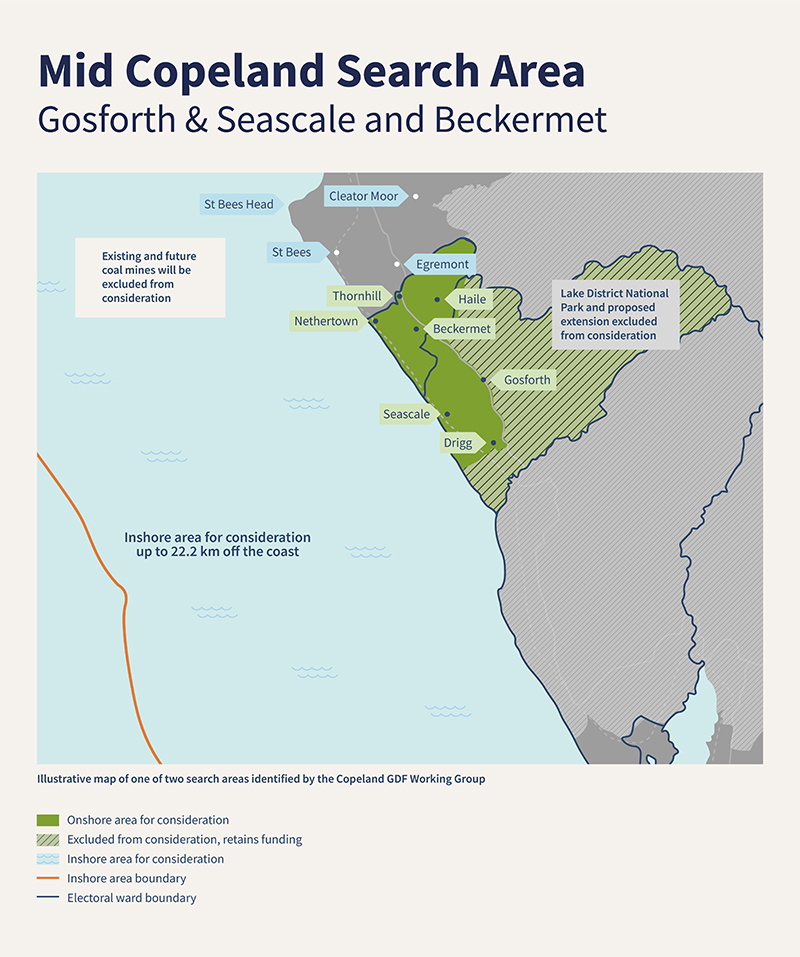