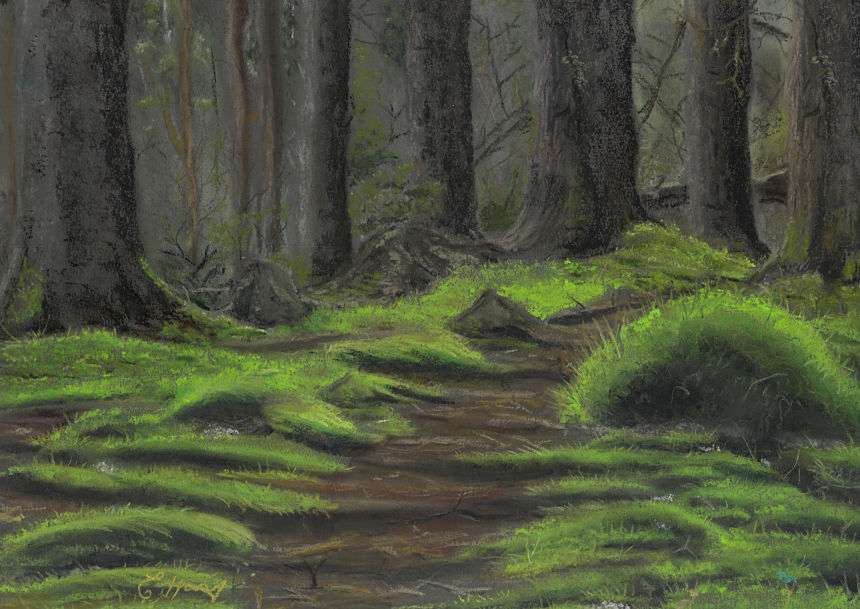 Art is many things to many people but for Thornhill artist Emma Hunt, it gave her a life she had nearly given up on.

Four years ago Emma was diagnosed with the debilitating genetic condition Ehlers’s Danlos Syndrome, which is a chronic disorder affecting collagen in the body that causes pain, hypermobile joints and other complications. The diagnosis came after 20 years of crippling pain that had left Emma dependant on pain-killers and virtually housebound.

“I’ve always been ill,” said Emma. “I had endometriosis when I was younger and I elected for a hysterectomy when I was 27 because I assumed that’s what caused my back and hip pain. But a year after my hysterectomy I was still getting problems and it became too painful to work.” 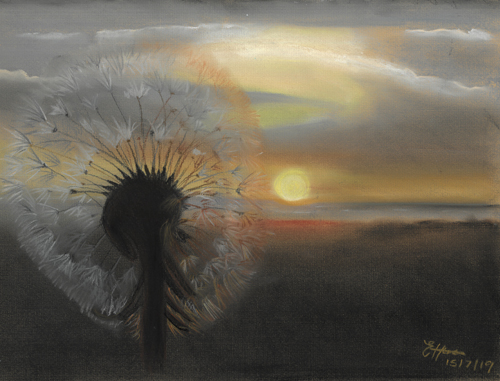 With little understanding of what was happening doctors prescribed pain-killers that treated the symptoms but never got to the bottom of Emma’s condition.

“I was living in Oxford at the time,” said Emma. “While I’ve always had my art I knew it wasn’t a regular income so I went down the sensible route after I was offered an apprenticeship at Sellafield but work took me down south when I was in my twenties and that’s where my health deteriorated. I was becoming more disabled and was wrongly diagnosed with Fibromyalgia in 2007. 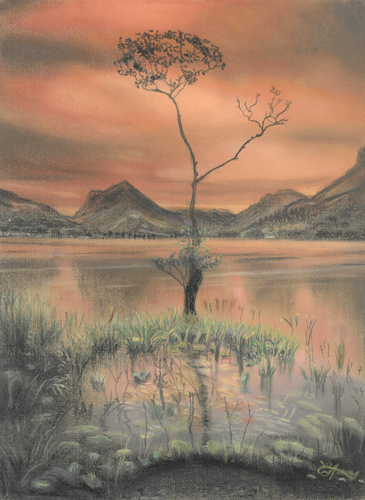 My art was put on the back burner because I was in a constant haze with pain relief medication. It took away colour, depth, reasoning, it took away my drive, everything really. I was living in my bed for nearly ten years.

The doctors didn’t know what to do with me so they just kept piling painkillers down my throat and I was on so much medication that I developed sleep apnea, which is where you stop breathing at night. When I was finally diagnosed I was forty and the professionals started to take me a little more seriously. I felt like I lost ten years.” 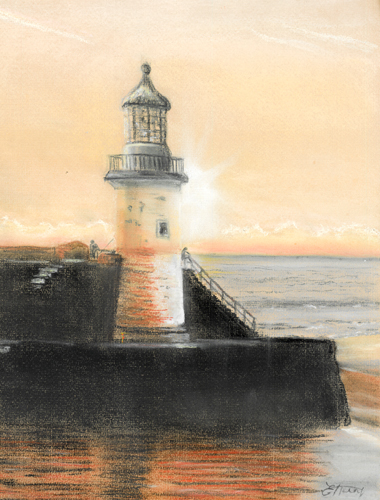 With the confirmation of Ehlers-Danlos Syndrome, the opportunity came to move on with life: “I had a fit when they first told me they would reduce my medication but last November I came off everything. I was addicted to all these painkillers and it took months but that’s where everything changed.

I became addicted to getting myself back, I started crocheting which took me away from my worries. Creativity is so therapeutic. In June I started painting again and because I was doing landscapes I re-found my love for the countryside. Before I couldn’t appreciate where we lived or the beautiful sunsets. 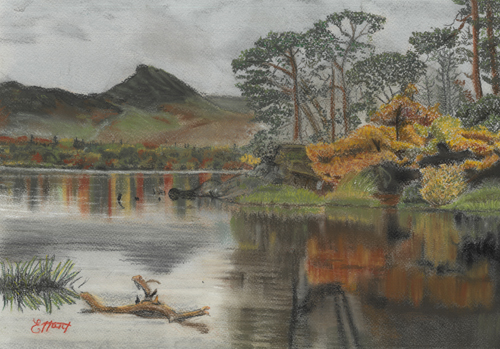 Now I’m like a kid with fresh eyes, it takes my breath away and I know I have to paint things I see. Art is a real alternative to medication, creativity distracts you while you’re in that moment. It’s a beautiful thing to do and you get such a feeling of wellbeing when you create something, it gives you a need to do more.”

Emma’s determination to pick up her life lead to a prolific period of creativity that resulted in her own exhibition at the Florence Arts Centre in Egremont. 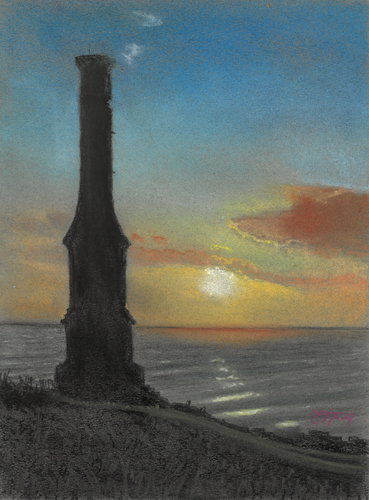 “I’ve been lucky to collaborate with local photographers that have allowed me to use their photos,” said Emma. “Because I can’t walk in the countryside I appreciate their generosity. I plucked up the courage to ask Sean at the Harbour Master and my first works were shown there which lead to my first exhibition.

I feel humbled that people just want to look at my landscapes and seascapes. I’m always learning, so it’s never boring and I’ll never get fed up with it. The pain is always going to be there but it’s important people realise there are alternative therapies to pain relief because that can just kill your life.” 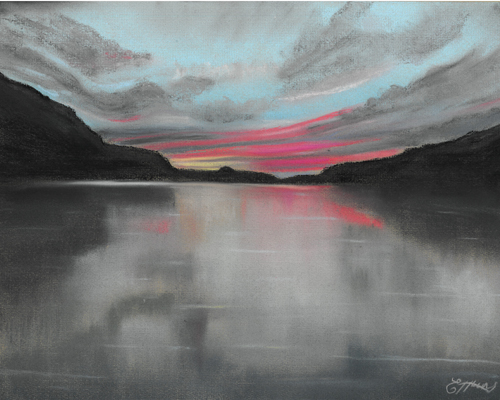 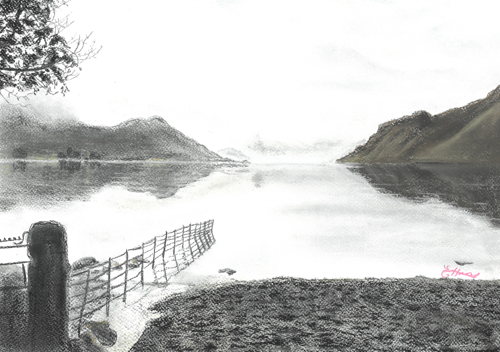 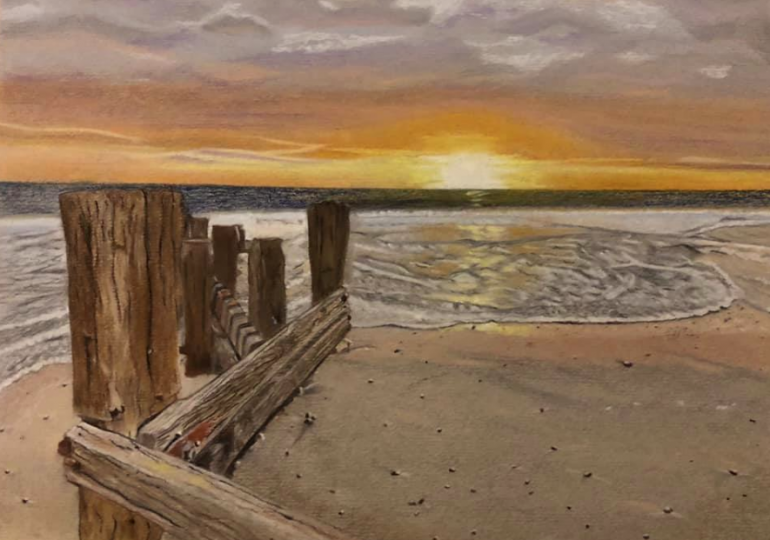 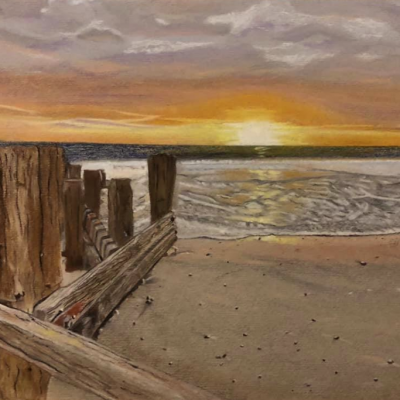