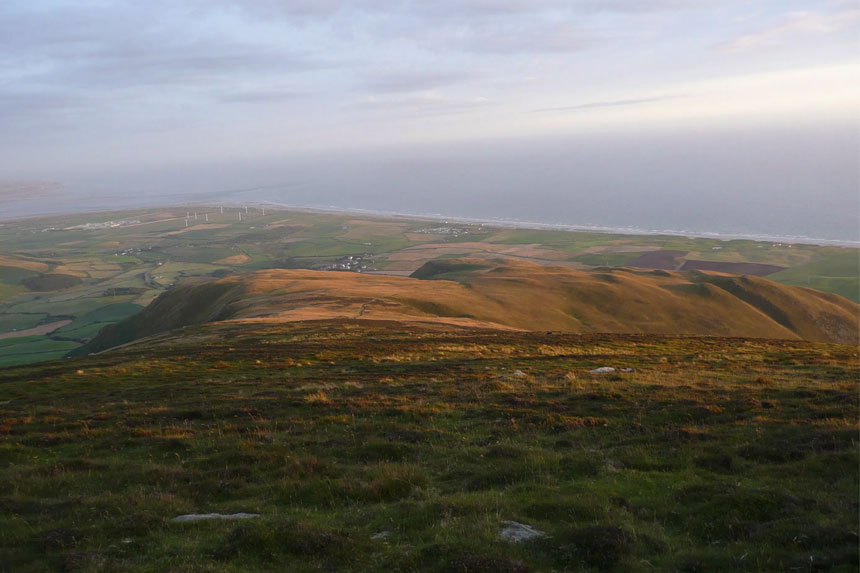 A fell with all of the beauty, but none of the crowds of its counterparts, Black Combe is worth a visit on your trip down the Cumbrian coast.

Tucked away to the South-West of the Lake District is a set of some of the oldest fells in the region. Formed through sedimentary processes some 500 million years ago, the rounded hills of Black Combe possess a character unlike no other in Cumbria, a juxtaposition of siltstones, sandstones and mudstones looking out towards the coast.

On three sides, the area is encroached by the waters of Morecambe Bay and the Irish sea, creating a sense of confinement and an almost poetic exclusivity – something which hasn’t been missed by some of the UK’s finest literary contributors throughout the years. At the summit of Black Combe, William Wordsworth once wrote “the amplest range of unobstructed prospect may be seen that the British ground commands”, while Branwell Brontë – brother of Charlotte, Emily and Anne – once remarked that the fell had been formed to “fight a thousand years of struggle with a storm.” 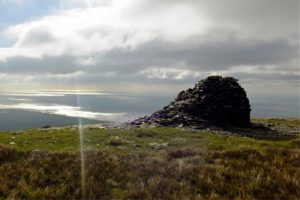 From its peak, Black Combe offers incredible views of the glittering sea, with the Isle of Man and the hills of Wales and Scotland both visible on a clear day. While the sea dominates the outlook from the summit, walkers can also enjoy an incredible panorama of mountains. Crinkle Crags, Bow Fell, the Coniston mountains and Scafell can be witnessed in all their glory from here when conditions are right.

Perhaps the real beauty of Black Combe lies in its solitude. Despite offering all of the beauty (and perhaps more) of its more popular Lake District counterparts, it’s still possible to travel along this terrain at peak times while enjoying much of the walk to yourself. If your idea of a relaxing, refreshing getaway is the seclusion of one of Cumbria’s most overlooked areas of splendour, then perhaps an excursion to Black Combe could be for you.

Black Combe stands at 1970 feet (or 600 metres) tall, which technically means that it falls 30 feet short of being officially classified as a mountain, but don’t let that fool you. Given its coastal location, the walk practically starts at sea level. This means having to work to climb every single inch if you want to reach the summit, and the rewards are ample for those willing to reach the top, with a rare combination of coastal and mountain views to be enjoyed. 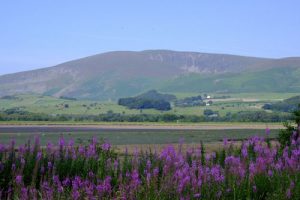 Visitors who intend on spending some time in the area, either prior to or after scaling Black Combe, have plenty of towns, villages and attractions to choose from. Bootle is home to some first-class accommodation, cafes and shops selling local produce, whereas the larger town of Millom further south of Black Combe has plenty to offer in terms of restaurants and bars. The nearby Millom Rock Park is open to the public at all times, and provides an insight into the geology of the area.

Those who wish to enjoy a day at the beach can take a picnic and find respite along the stretches of fine sand at Silecroft. The beach is home to a cafe and a nearby Caravan Park has provisions on offer for those who get a little peckish after a day of hiking in the fresh sea air.

Black Combe is relatively easy to access via public transport. With improved services, it’s now possible to travel to Silecroft by rail from most of Cumbria’s major towns on Sundays – and what better way to round off the weekend than a trip to the beach combined with a hike?

The lure of breathtaking scenery, fresh sea air and the ability to round off the day with a couple of local ales before catching the train home is likely to boost tourism in the area over the summer months, and it is surely only a matter of time before Black Combe becomes one of Cumbria’s premier tourist destinations for walkers and coastal lovers alike.