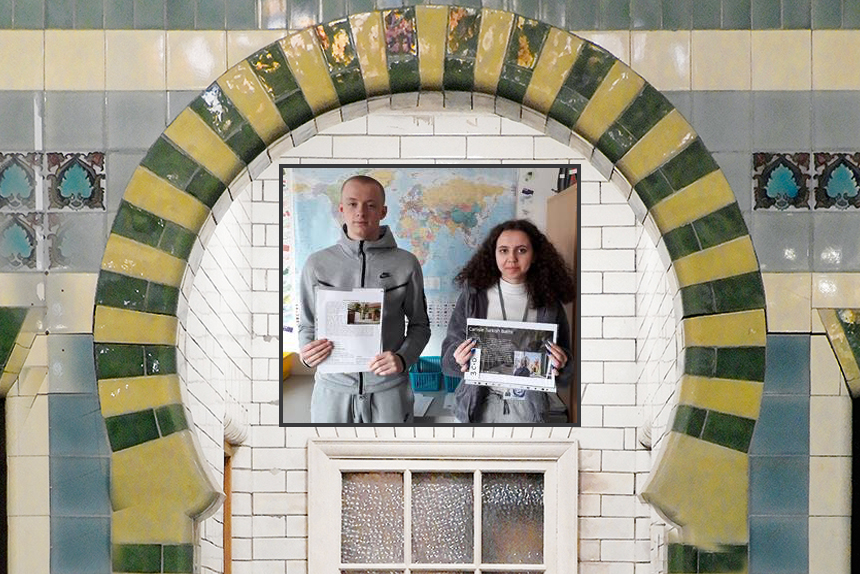 Two students from Carlisle’s Central Academy School have taken inspiration from the campaign to save Carlisle’s Victorian and Turkish Baths, to design their own promotional campaign for the 113-year-old grade II listed building.

The Year 12 Travel and Tourism students used the Baths as a case study for a project that will count towards their BTEC qualifications this summer. After learning how rare Turkish Baths now are and that Carlisle’s were at risk of closure, Samuel Sproat and Larisa Asavei conducted market research to inform their own promotional campaign for ‘Carlisle’s hidden gem’.

Commenting on the project Larisa said, “The Baths are an amazing part of the heritage of the city, and it was great to work on a project that was so real and meant such a lot to the people of Carlisle”.

The budding travel and tourism marketeers were surprised to find that only 26% of respondents had heard of the Turkish baths, and of those who had, only 12% had heard about it through advertising. However, they also discovered that local people would like to see the facilities at the Baths developed and expanded to include the swimming pool and a restaurant and cafe selling healthy, locally sourced foods.

The good news for Sam and Larisa is that both options form part of proposals put forward from the Friends of Carlisle Victorian Turkish Baths to Carlisle City Council. The other good news is that latest user numbers for the Turkish Baths show that usage has increased by a whopping 107% since they reopened after lockdown last year.

And the number of people using the Baths looks set to increase further, with Sam planning to use it. “I was amazed that this was on my doorstep, and I had never heard of it’, said Sam, “I definitely intend to go with my mates as a break from exam revision”. 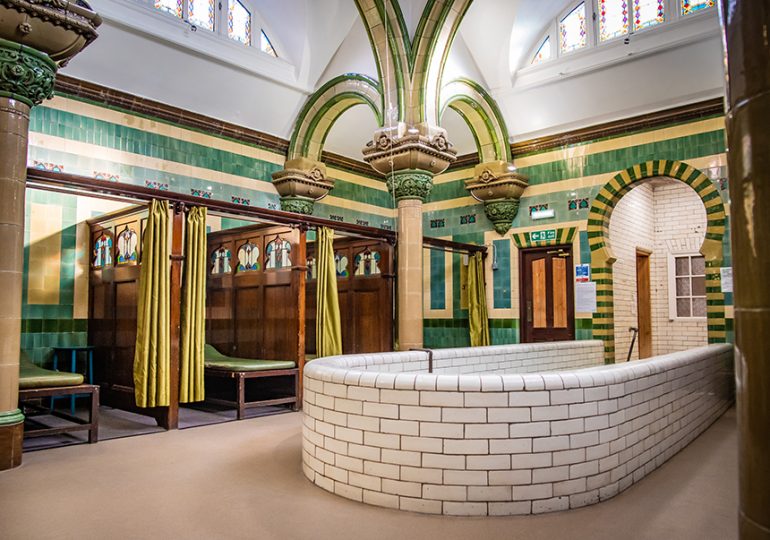