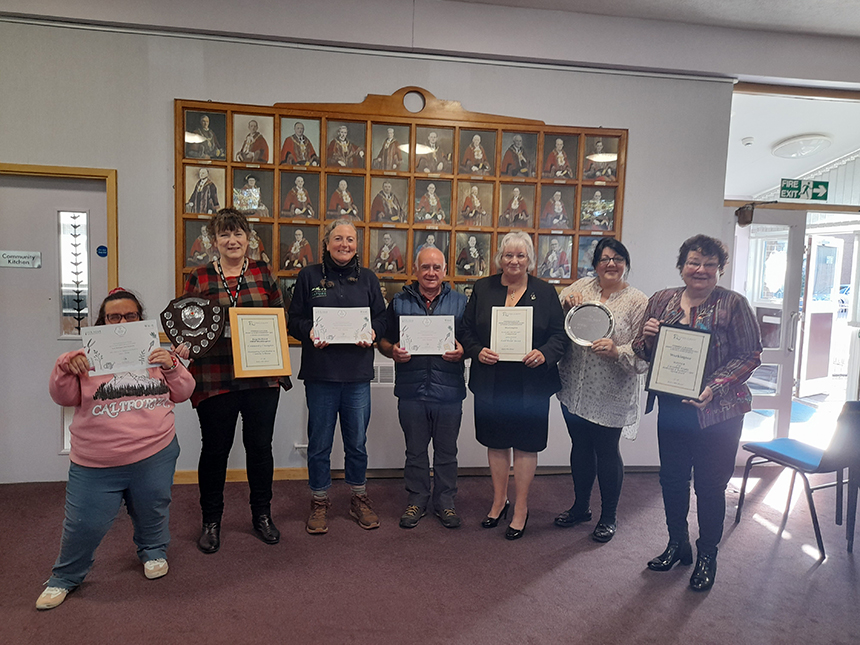 On Wednesday 6th October, Workington Town Council hosted the Cumbria in Bloom awards ceremony and welcomed guests from across Workington and Bothel to their community centre on Princess Street in Workington.

During the ceremony Workington was delighted to receive a GOLD in the large town category and was also presented with the Cavendish Trophy for Biodiversity & Woodland Copse.

Workington Town Council would like to extend a huge thank you to everyone in the community who helped make these wins possible. There were also well deserved awards given out to our local community groups which all do amazing work and we couldn’t do it without them. 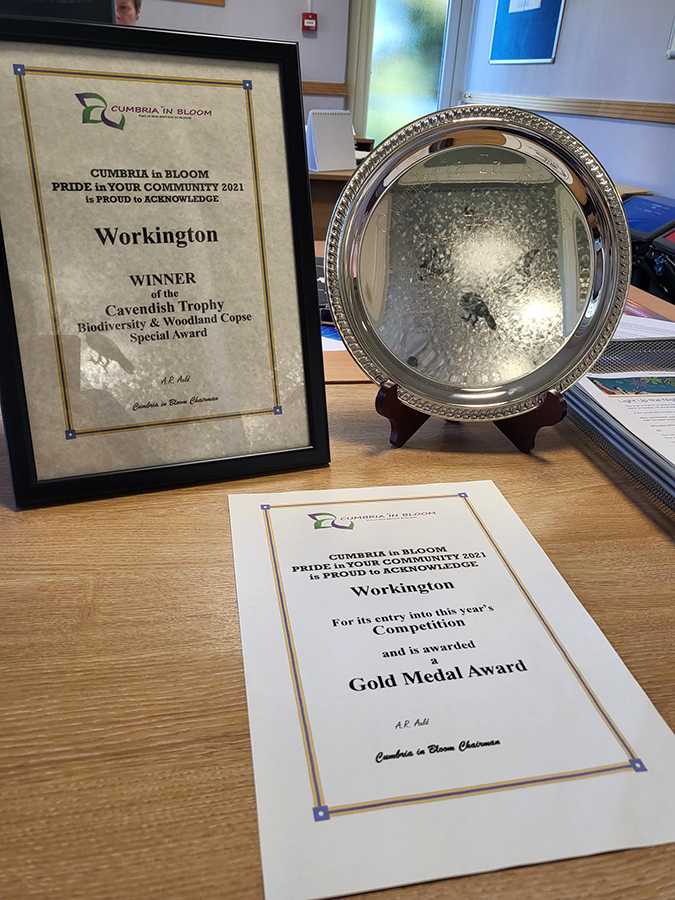 Award winners were as follows:

Cumbria in Bloom Pride in Your Community Large Town Award

Winner of the Cavendish Trophy

RHS Its Your Neighbourhood Awards

A spokesperson for the Council said ‘we are absolutely delighted to win gold in Workington in the large town category and also be presented with the Cavendish trophy for biodiversity and woodland copse.  All our community groups and everyone in Workington has worked so hard to keep things going despite the difficulties the pandemic has thrown at them. Well done Workington, you have done us proud’.

Cllr Jim Lister, Allerdale Borough Council Executive member with responsibility for environmental services, said: “I’d like to congratulate the team and army of volunteers who work so hard on behalf of the Workington Nature Partnership for their much-deserved success at this year’s Cumbria in Bloom Awards. It’s fantastic to see their efforts being recognised. The work they do, not only supports and preserves some vital natural ecosystems, it is also appreciated by many local residents who use the areas they look after to enjoy their local environment.” 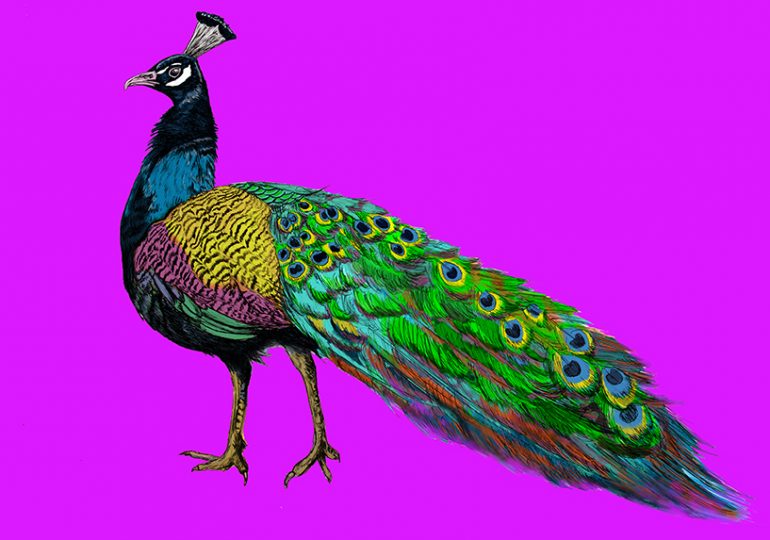