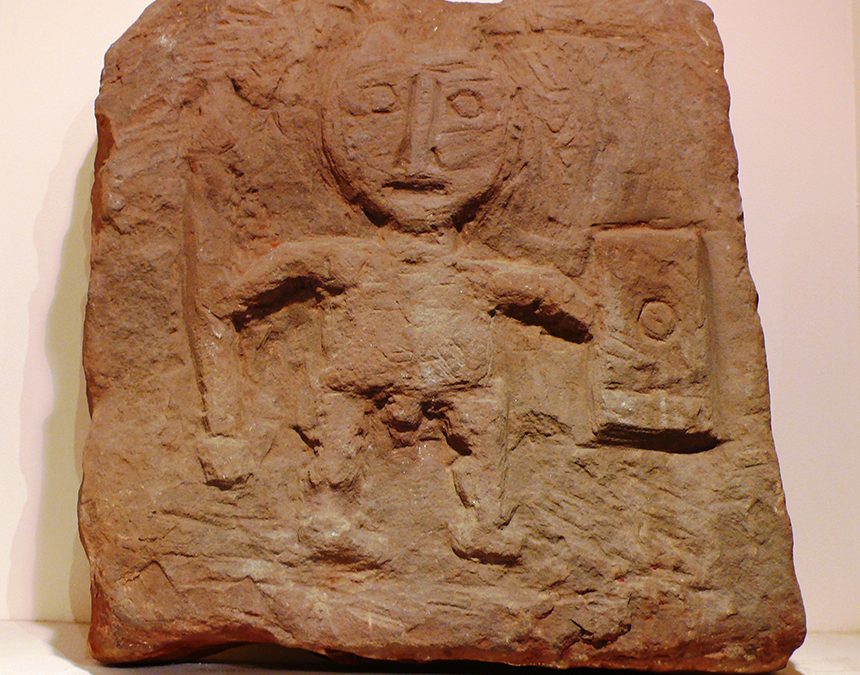 Roman and Romano-British religion have many associations with the animal kingdom.

Both wild and domesticated animals appear in Roman sculpture and artwork recovered from Roman and native sites throughout Cumbria and the Hadrian’s Wall World Heritage site.

Currently on display in the Senhouse Roman Museum at Maryport is one of the most engaging small finds from a Roman site in West Cumbria. Included in the museum’s summer exhibition from the Discovering Derventio community excavations at Papcastle, is a small bronze stag. The stag was discovered with a number of other votive objects near the River Derwent. 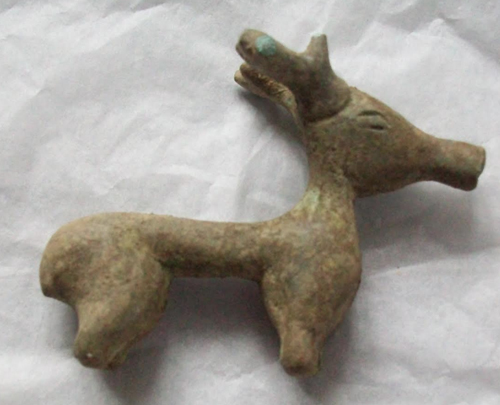 For the native Britons the stag, with its tree-like antlers, represented the spirit of the forest. The stag was associated with the success of the hunt, fertility and rebirth (due to its ability to grow and shed its antlers).

Representations of horned gods have been found within the Hadrian’s Wall frontier, as reliefs carved on stone and more portable votive objects. Cocidius, a Romano-British deity associated with Silvanus, the god of forests, has been found in several places, including Bewcastle and Birdoswald. At Maryport, there can be found a horned warrior god, believed to be Belatucadros, carved in relief on a block of the local red sandstone.

These horned gods are similar to a character that appears in English folklore, Herne the Hunter, who takes the form of a man with sprouting antlers. He was associated with forests and hunting. 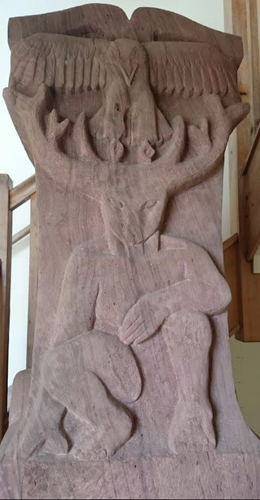 The museum’s watchtower contains a contemporary altar produced by local stonemason Sky Higgins, with a representation of Herne the Hunter on the front. This altar was carved to celebrate the millennium in 2000 and was built into the replica watchtower the same year.

The finds from the Discovering Derventio excavations were deposited with the Senhouse Roman Museum by Grampus Heritage and Training, and Wardell Armstrong. They join the museum’s extensive collections. 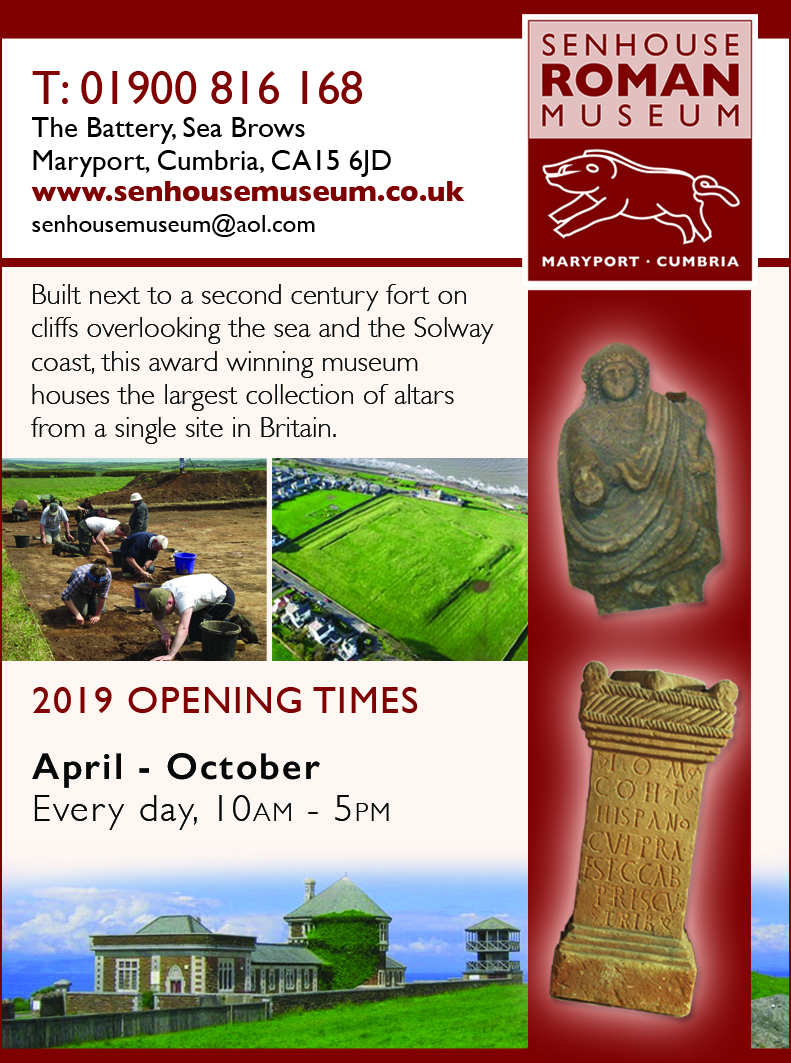 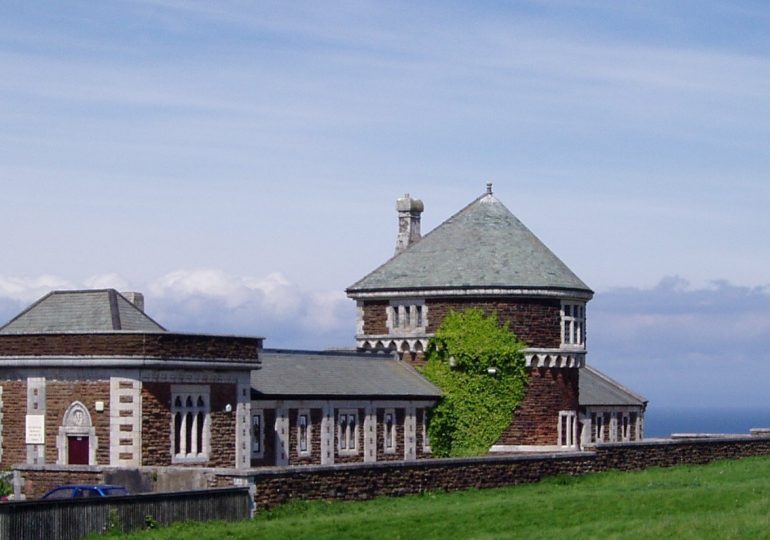 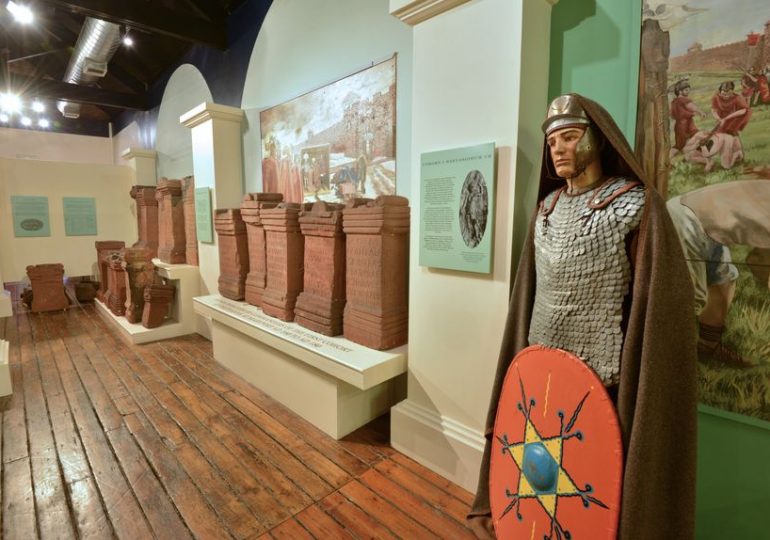 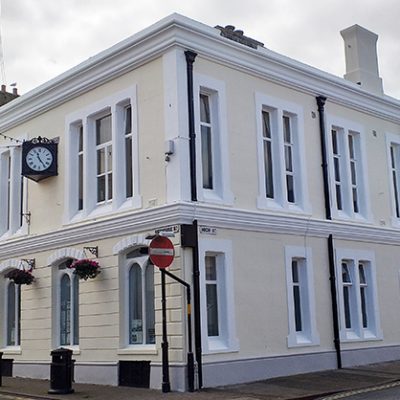 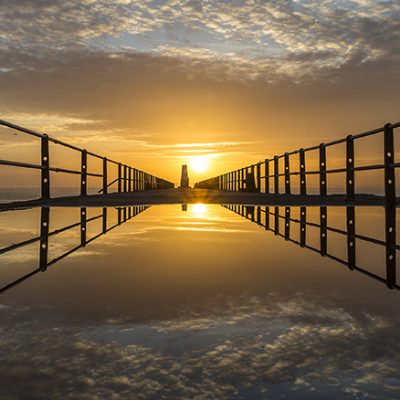 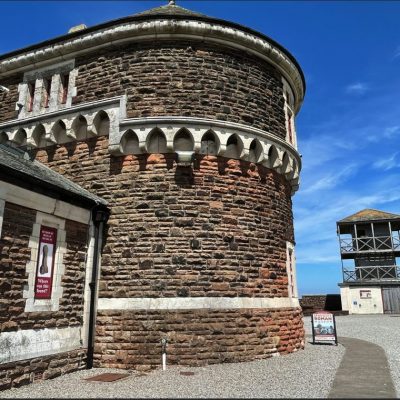 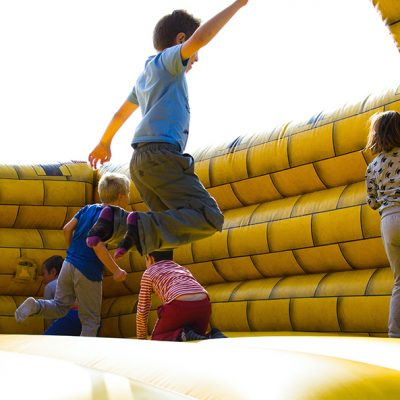 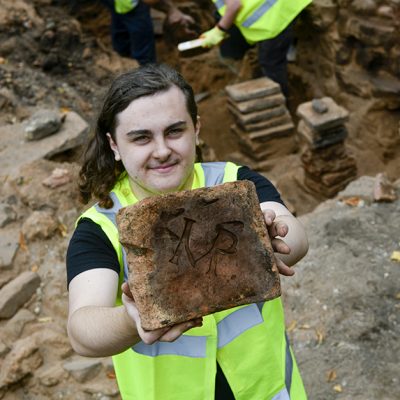